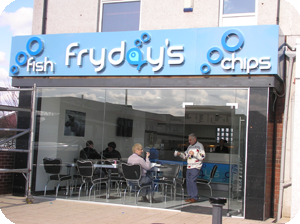 Now under normal circumstances, we wouldn’t showcase a sign for a fish & chip shop, but this isn’t just any fish & chip shop… When I took the call from Mr Michaels, it was apparent that he had something special in mind, but wasn’t sure exactly what. I called out to see him at his new premises, Frydays Fish and Chips on the exclusive Street Lane in Roundhay, to try and get a handle on things.

To be honest, the place was a mess, with plaster dust, and piles of expensive-looking porcelain tiles scattered around. I’d previously worked with the owner Stratis, on another project, and I knew that he had very strong and precise ideas on what he wanted to achieve.

The initial brief was to produce a sign that would stand out against the adjoining Pizza Express. Now I like a challenge, but as the competition’s colours are predominantly blue (and as my client wanted a blue sign also), the omens were not looking good.

From out of a bundle of sign leaflets, a basic computer generated sketch was produced. Although it wasn’t exactly to planning standards, the font and logos could (with some polishing), form the basis of a nice sign.

As the restaurant was open lunchtime and evening, illumination was a major factor. We suggested that a pale blue background would contrast with the darker blue fascia of the neighbours. A built-up polished steel letter with an opal white face, illuminated with internal LEDs, would give maximum visibility.

For the fish & bubble logos, we overlaid the opal faces with a cobalt blue transcolour vinyl, to enhance the contrast. The existing fascia panels were removed, and replaced with pale blue painted trays with 50mm returns, to keep the whole background rigid.

Now as you have probably worked out already, this aint a cheap sign… however, after chatting with Stratis about his new project, it became apparent that everything in this restaurant was special. The frying range (for instance) was specially manufactured in Holland, and is one of only five in the whole of the UK.

Back to the sign, on a post-installation visit (purely for work purposes, you understand..), I was asked by an enthusiastic member of staff “Did you do the sign ? we’ve had loads of sign companies here taking photographs.” My only concern was that the food might not live up to such a belting sign… no worries there, as I can personally testify. 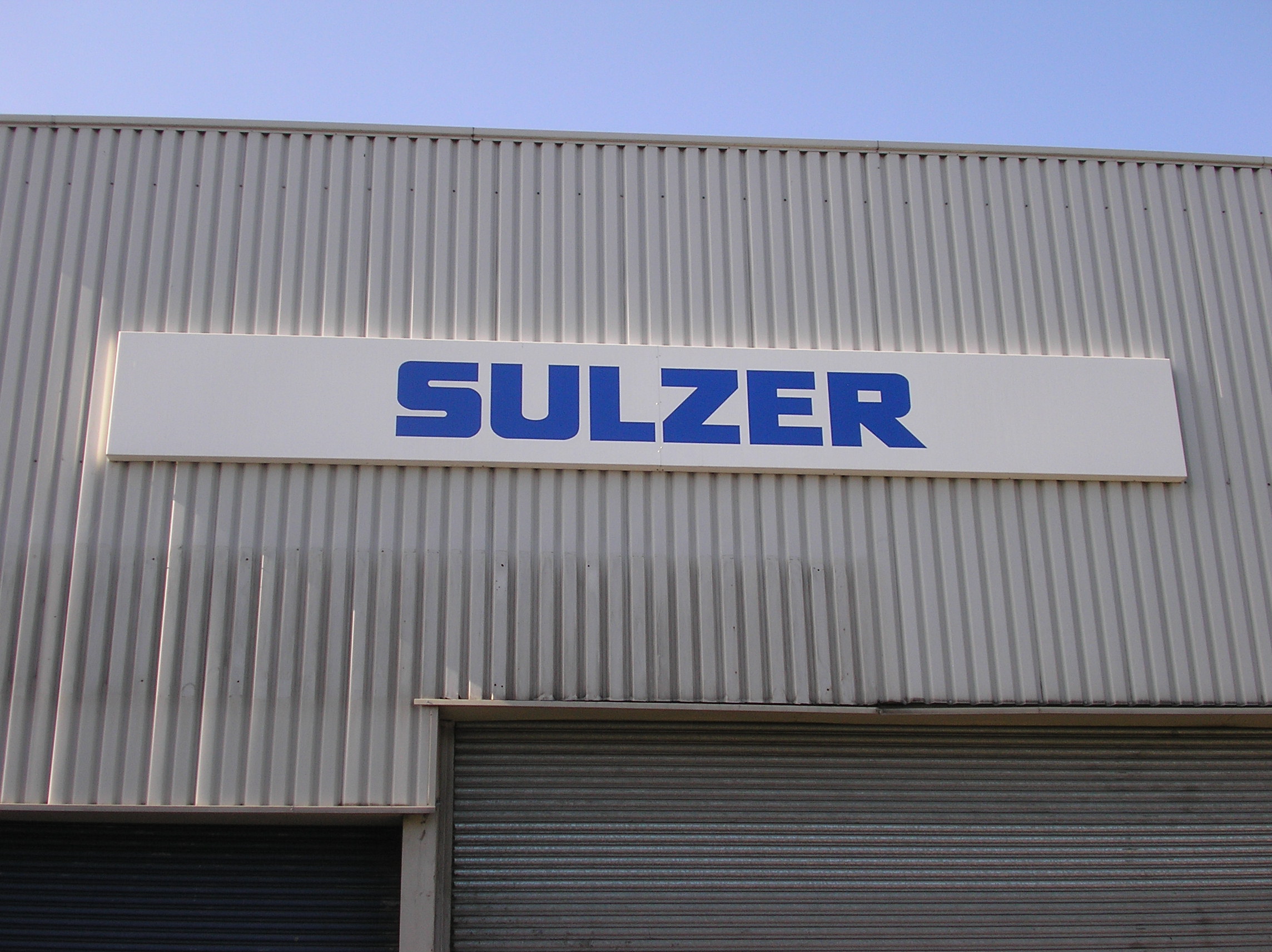